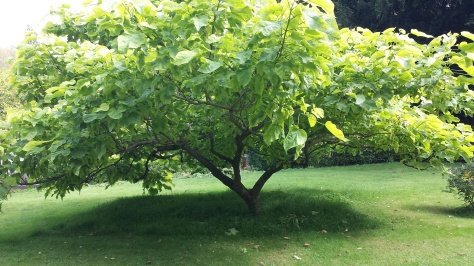 Body of all. Mind of all. Spirit of all / May we meditate on the Supreme / On the all-pervading radiance of the Primal Light / May He inspire the innnermost thoughts of our hearts / Peace, Peace, Peace.

To  say “All” implies Unity. Thus “All” diversity in the sensible realm if it is to possess unity; how does it display or present that unity? A unity that is not of its own. As beauty of a particular form is not the forms’ full possession. Beauty being bestowed. Unity in diversity is equally bestowed. The unity of the body for example. All organs operating in harmony, unaware so to speak, of each others’ particular function and purpose; yet inter-dependent. To interrupt the inter-dependence proving hazardous for the body. It is perhaps inter-dependence which implies a unity making order.

Inter-dependence thus being the agent of a Unity above it. Unity working through inter-dependence to bestow on body “health”. Inter-dependence between bodily organs implies also a limit, a term, a period of time. For the material world is prone to wearing. A cliff face today is not the same cliff face from decades ago having been weathered over time. Inter-dependence relating to the life of the body has a limited term. It cannot go on eternally.

Inter-dependence with body requires each organ working to its potential and purpose. Should one organ fail or weaken then the consequences of that failure are not limited to only that organ leading to other “weakenings”. Lungs may fail, circulation may be affected and so too the heart. Therefore, inter-dependence within the body is more than co-operation to sustain bodily life. Inter-dependence perhaps has its roots in a metaphysical origin. It is an image of something else. It exists so long as soul is conjoined with body one could postulate. Returning to a potentiality or latent phase within the soul when soul is free from association with body which is an image itself.

Are there any such other interdependencies pointing to a Unity in diversity within humanity? Thought for example. The power of an Idea. Love, Kindness, Generosity, mutual regard and other loftier Values. Diversity does not have to imply competition and exclusivity of claim; one-sidedness. That we know in its worst form as totalitarian and oppressively forcing conformity. Unity as stated in brief here is not conformity. When we say “All” we truly mean “All-Diversity” universally as The Unity and not our own collective lesser “all” of race, ethnicity, creed, language, culture and religion divisively expressed. Unity has no requirement to mean uniformity – like for like in other words. If  unity does fall to mean as such to conform and be uniform not only in outward social customs (secular or sacred) but also in control of our thought then it is not strictly a unity but instead a force for dis-unity as it will be in competition with other groups (secular or sacred) who equally claim unity as their sole possession. On the other hand when Unity is understood to be present in like AND un-like; Unity seen in such a way can help one to overcome conflict and opposition.

“I prefer to hold on to any identity lightly rather than tightly. It informs my thinking but is not essentially who I am.

Spiritually, I cling to such identities lightly with the hope that eventually I may let go of them and what remains is the undivided individual.”

World cultures and world systems how evil is cognized: a summary of Hasan Askari’s view from the book Towards A Spiritual Humanism…continued.

We face an extraordinary challenge when it comes to the question of evil. An extraordinary philosophical and gnostic question at the same time. Knowing presupposes likeness, without likeness there is no knowing. There should be likeness between knower and the known. The principle of likeness becomes dangerous when it comes to evil and here is the profound challenge. In ancient and medieval times the sages advised us not to reflect on evil directly for only in this discourse one should not  undergo identification. This presents a serious challenge for all discourse is identification and we are called upon not to identify with evil. Therefore, another procedure unlike any other is required and we have thus violated the principle of discourse itself. Evil should be discussed indirectly, at a distance otherwise we shall be in danger.

Evil pertains to a very brief conscious history of man. It has only recently entered into our lives, five to ten thousand years ago. What is it that has caused us to falter, to slump into evil and darkness? My intuition at the moment is that the source of evil is self-conscious good. Whenever humans have developed a self-conscious sense of good it creates a shadow, irrespective of it being religious, humanistic truth or ideology. Nature with what ever good it has is not self-righteous about it. However, when we talk about the best of our traditions we take pride in them creating a shadow. If we really wish to address ourselves to the correction of evil, we should reduce our self-conscious good. Sacred or Secular.

World cultures and world systems how evil is cognized: a summary of Hasan Askari’s view from the book Towards A Spiritual Humanism…continued.

Three responses to this twofold conception of evil:

1) Remedy should come from deep within the human self. All rational, philosophical responses to the challenge of evil: Purification of reason, Upholding wisdom. the entire philosophical understanding: Indian, Greek, is geared to this conception of the remedy of evil.

2) The second response to evil was that such resources were not present within man or woman. Therefore the need for assistance, intervention, help, from a transcendental source. Time and again differing communities were given a revelation. From the banks of Ganges to the banks of  the Yellow River in China, or Sinai, Galilee or Mecca. This revelatory response took on a religious colour.

3) The third response is formally called a Christian response, which according to Christian doctrine, needs a personal saviour. A unique redemptive agent as man is not capable of saving himself. As revelatory intervention through word, law, command is not sufficient Christianity throws up the idea of incarnation, of God becoming man to intervene.

Each response combines the other two responses in its formulation and self-construction. However, all the responses seem linked up with the nature of man – human subjectivity. They do not answer the first question about evil, the very structure of the world.

The only clear response of grappling with the ontological structure of the world as a source of evil comes from Neo-Platonism. Present indirectly in Indian Vedic systems, indirectly in all religions, but present philosophically, directly and consciously in Neo-Platonism.

Hasan Askari is interested in building a common ground, in sentiment and also in methodology. He is not interested in the familiar confrontation between revelatory guidance to humanity and humanist historical intra-human illumination on such questions.

World cultures and world systems how evil is cognized: a summary of Hasan Askari’s view from the book Towards A Spiritual Humanism

Ancient Indian discourse – evil is “avidya” or ignorance – lack of knowledge. A lack of being. Duality is the source of all evil.

Ancient Chinese systems – distinction between function and contemplation. Human mind immersed in functionalism it becomes evil, unless attended by a contemplative perspective on life, world and relationships. Variety of shades and options of emphases between Confucius and Laotze.

Buddhist – evil is the phenomenon of desire. Philosophically desire is an expression of want, of lack. This lacking or want creates suffering which is evil.

Jewish – post Sinai understanding of evil, evil is the rebelliousness, the wantonness and the pride within man to erect false idols which are the projections and embodiment of his fear and desires. Jewish paradigm offers a sharp contract between two moments:(i) Moses in dialogue with God, receiving the Ten Commandments (ii) the other of his people at the foot of the mountain worshipping the Golden Calf. It is this sharp dichotomy within the same moment which sums up the entire tragedy and the entire failing in human history.

Christian – an extraordinary situation. Evil is seen as generic to human nature. Historically Christian conception of evil is expressed in the human vulnerability to failure, to wantonness and towards evil.

Near Eastern Civilizations – Zoroastrian and later Manichaean understanding of a polarity between good and evil.

Philosophy – Greeks – but Hellenistic culture as a whole- the opposite of reason,  the opposite of the rational man, namely, whatever is irrational, wilful or untamed in human nature is evil. Through education and discipline and purification one obtains a rational self attaining to truth and wisdom.